It’s common knowledge: Stittsville, with a population of over 30,000, is one of the fastest growing communities in the City of Ottawa. That population size is projected to grow by almost 20,000 in the next 4 years.

And yet, Stittsville still doesn’t have a public high school.

This is a big concern for the community. So much so, that a group of Stittsville residents have created a committee to raise awareness and build support for this critical issue. Last year, OCDSB trustee Lynn Scott said there aren’t too many communities in Ontario with a population of 30,000 and no public high school.

Yesterday, the Wynne Government announced that the OCDSB will be receiving $18-million in provincial funding to help renovate or expand 8 schools in the area. This announcement is just one of many made in the past few weeks, and is nothing more than a desperate final sprint to woo voters before the 2018 provincial election.

But, more importantly, this announcement completely ignores Stittsville, its families, its residents, and its children.  For one thing, Stittsville is receiving absolutely nothing of the $18-million in funding. For another, any amount it might have received would have fallen far short of the $36.1-million needed to build a high school in the first place.

Why are Kathleen Wynne and the Liberals ignoring this critical issue? What possible justification can they have for ignoring the children and families of Stittsville?

As your future MPP, I will fight for Stittsville’s families and children and make sure that we finally get this important process started. Building a public high school in Stittsville is one of my top priorities. 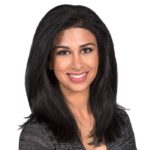 About the Author: Goldie Ghamari